ARTWALK ST. ALBERT
JOIN US EACH ARTWALK NIGHT FOR LIVE EVENTS IN ST. ALBERT PLAZA AND AT PARTICIPATING VENUES LISTED BELOW.

The Arden Theatre invites you to celebrate summer with them for nine consecutive Thursday evenings from July 7 to September 1. The Plaza Series is a perfect opportunity to connect with friends and neighbors while watching talented artists from a variety of musical genres.
stalbert.ca/exp/arden/events/2022-plaza-series/

SEPTEMBER ARTWALK WITH MURAL MASSIVE
​
Watch two murals come to life right in front of your eyes. Two teams of artists will paint a live mural in the street on a free-standing temporary wall. The finished murals can be purchased or are just to be enjoyed for the day. The murals and artists are here to promote Mural Massive, a week-long mural festival that takes place in Edmonton annually at the beginning of September. From 2020-2021 the Mural Massive team helped organize 10 permanent murals and over 50 temporary murals in Old Strathcona and Downtown. Beyond the black velvet curtain lies a window to another world. Viewers are met by a single monumental screen floating in the center of the space, accompanied by unearthly tonal compositions. Visual artist Brad Necyk and composer Gary James Joynes transport us to an extraordinary digital environment.

And All of Everything is an immersive audio/visual experience. Two minimalist experimental films play in a never-ending loop. The works reflect on the nature of time, consciousness, ecology and climate change. Passing through cycles of day and night, we wander the space between consciousness and dreaming.

At first, the video’s digital environment seems timeless – a mausoleum to landscapes at risk of annihilation. But as the light fades, dreams take hold, sweeping us away into the realm of the mystical.

Cree and Métis artist Michelle Sound’s work reflects on her family history. A member of the Wapsewsipi/Swan River First Nation in Northern Alberta, Sound was born and raised on Canada’s west coast, on the unceded and ancestral home territories of the Musqueam, Squamish and Tseil-Waututh peoples.

Two bodies of work will be shown across both feature exhibition spaces in the Art Gallery of St. Albert. Chapan Snares Rabbits will grace the stairs – 14 rabbit fur drums, which have been hand dyed to soft shades of pink, blue and green. In Cree, chapan is a term for both your great grandparents and your descendants. Sound’s chapan was a midwife and healer, who supported her family with a trapline, a practice also taken up by Sound’s kokum (grandmother) for a time. Snaring rabbits, they provided food for their families, and sold the pelts to supplement household income.
​
In the vault, projected onto an old-style pull-down screen, is the photographic series – nimama hates fish but worked in the cannery. In each image, Sound holds up an old family photograph against the coastal landscape of her current home. Steeped in her family’s history of enfranchisement, displacement and the loss of language, Sound’s work honours the sacrifices of past generations, and the role that stories had in maintaining familial connections despite the distance.
​
kanawêyimêw (She takes care of them) is Sound’s homage to the strength, labour and sacrifice of her forebears and a tender tribute to maternal love.

​Join the Paper Arts Guild in the lobby of St. Albert Place for live demonstrations and displays of member’s work. 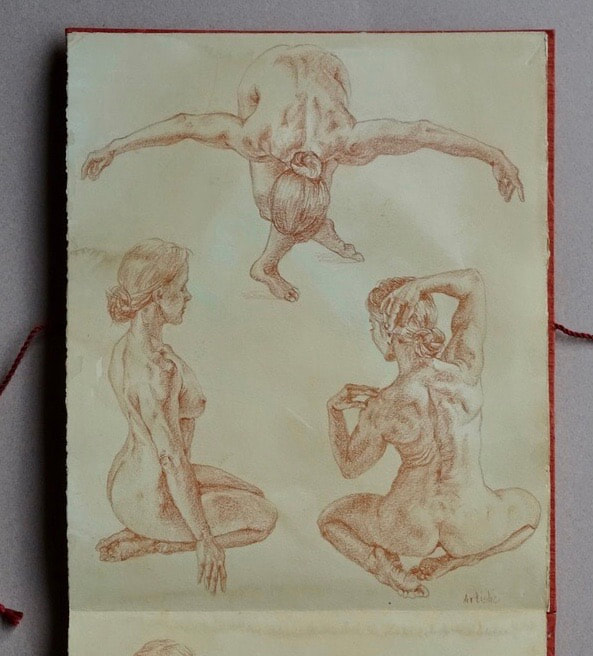 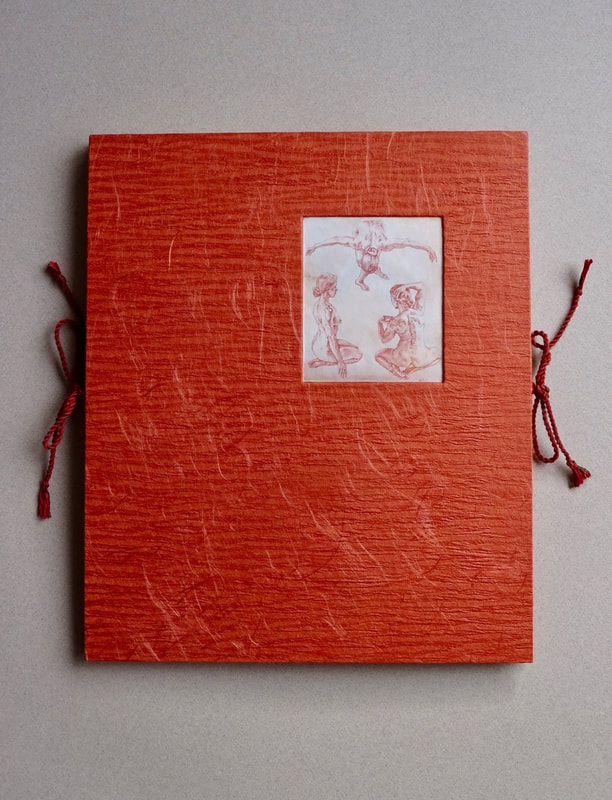 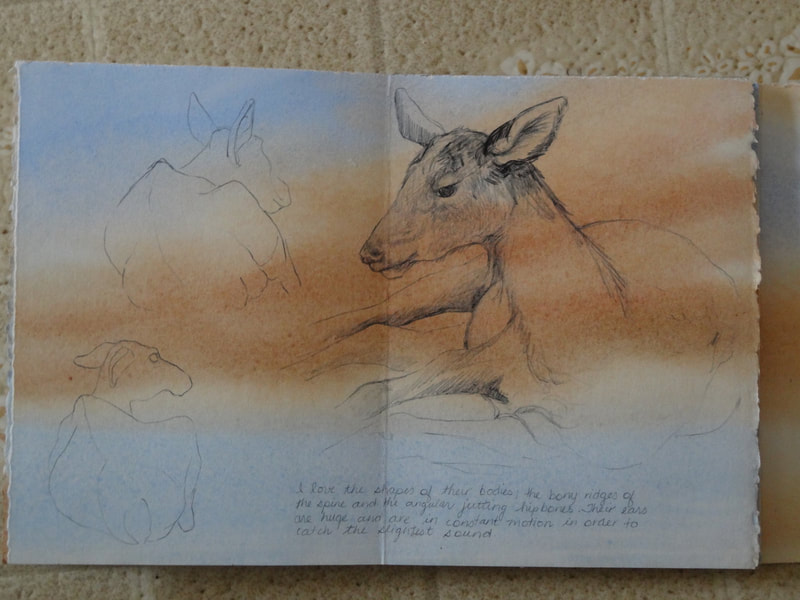 Carol Donald is a mosaic artist and instructor who loves nature as a subject.
Bruce Thompson is an oil or acrylic landscape artist who paints local scenes. The staff at St. Albert Public Library are more than just the helpful book loving individuals you know and love! Drop by the Library on August 4 to check out their range of works, from paintings and miniatures to mixed media and quilting.

AUGUST ARTWALK AT MUSÉE HÉRITAGE MUSEUM: JULIE DALY
Julie Daly is a local artist and a member of the St. Albert Painters Guild since 2010. She takes inspiration from both the natural world and the neighbourhoods she visits with her camera and sketchbook. Julie continues to challenge herself with each new painting as an exploration of colour and brushwork.”

Visit the Musée Héritage Museum (in St. Albert Place) for a trip down memory lane of one of St. Albert’s most popular hangouts.

In the late 1800’s, the St. Albert Hotel had a prime downtown spot next to the river. When it burned down in 1928, the brand-new, modern Bruin Inn was built. This exhibition will look at the changes that the hotel witnessed during its long life, and its role as a gathering place for the region. From the 1920’s through the 1990’s, it was THE place to be on a Saturday night.

Finally torn down in 2000, the Bruin Inn still holds a place in the hearts of locals who recall the great times they had there. Cynthia mainly uses leather to create, but likes to dip into mixed media with beads, feathers, pebbles, acrylics, and epoxy resin. Her pieces help her work through trauma and emotions and are symbolic of our unrecognized inner strength, the fragility of life, letting one's soul dance even if physically unable to do so, the rediscovery of one's own imagination, and all the calming music helping one through the day.

Kimberly strives, in her creations, to capture a moment of resiliency. She uses unexpected color and layers of kiln fired glass and enamels to tell a story. Her art feels like you could walk through the glass, she wants you to see the layers that build each part of the story. She wants each piece to reflect to the viewer the layers of their own story, their own resiliency.